How To Host An Outdoor Fairy Garden Party on a Budget 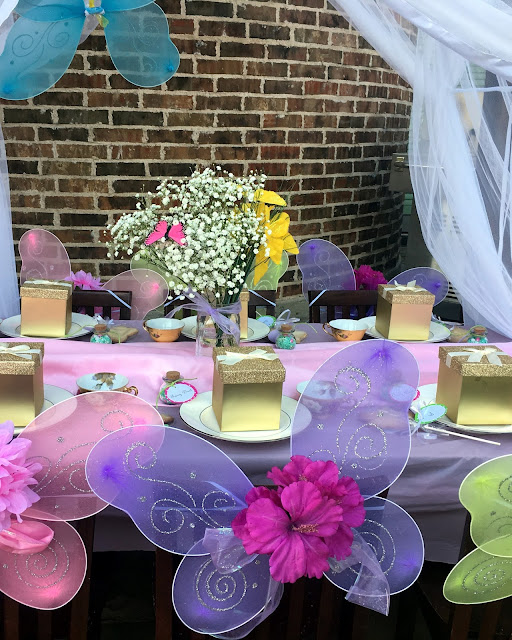 The idea for this party had been brewing for a couple years, but life with two sets of twins and two major moves in two and a half years put it on hold. However, I am glad we waited because the party turned out to be everything I had hoped it would be!

My grandmother's gold, pink, and green tea cups were the inspiration for this party. I wanted the girls to experience a fancy tea party with a whimsical touch. Each girl received a pair of fairy wings from Dollar Tree that I spruced up with fake flowers and ribbon also from there.

At each girl's place setting was a fairy wand or star shaped sugar cookie on a stick. I picked up the Wilton sticks at the craft store and cut out thick star shaped cookies to slide on before baking. Next to the fairy wands were magical fairy dust aka fancy sprinkles. After lunch the girls frosted and decorated their wands and enjoyed! 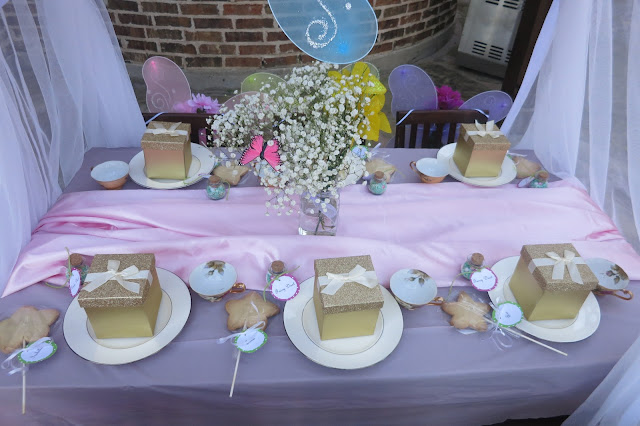 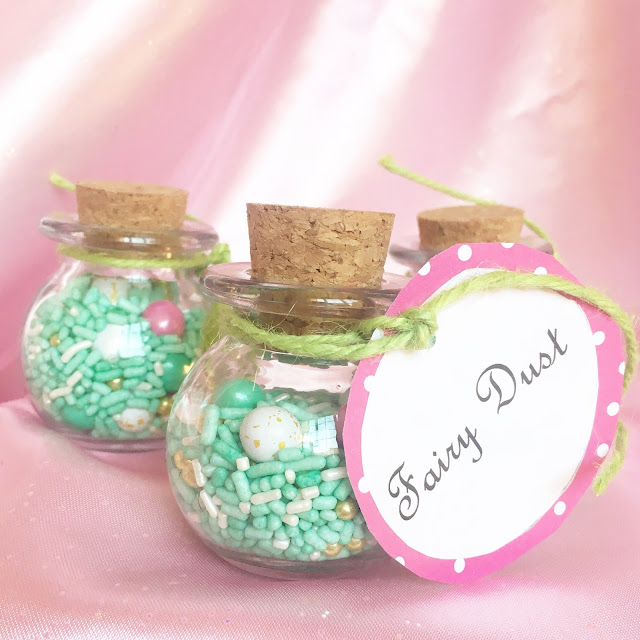 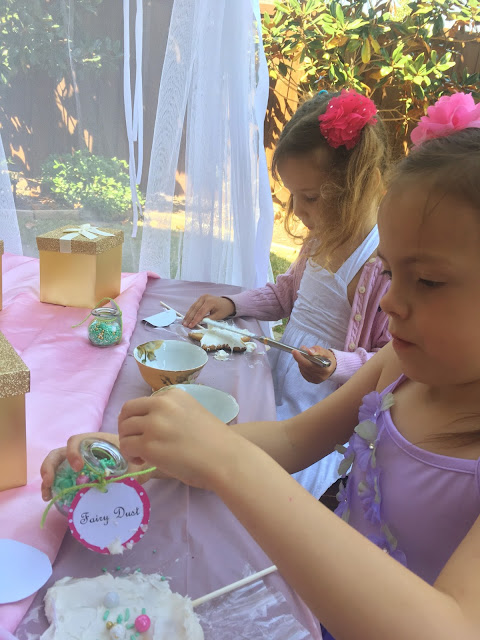 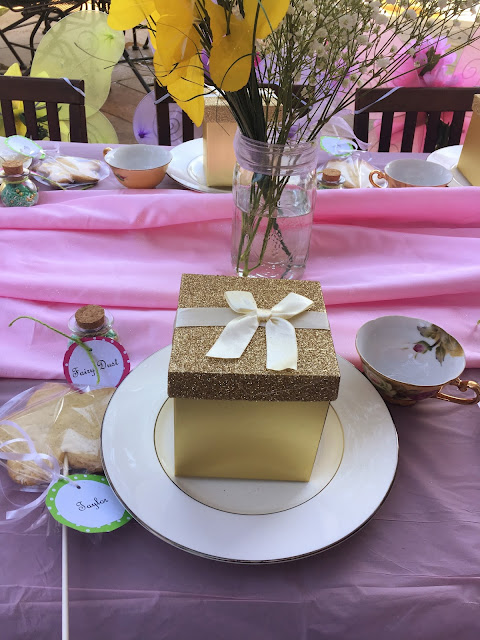 Inside the gold boxes (also from Dollar Tree) were the supplies the girls needed for their fairy gardens. A fairy house, small animals, rocks, twigs, stones, benches, steeping stones, and a fairy.  Home Depot, Dollar Tree, JoAnn Fabrics, and Hobby Lobby are where we found our fairy garden supplies. 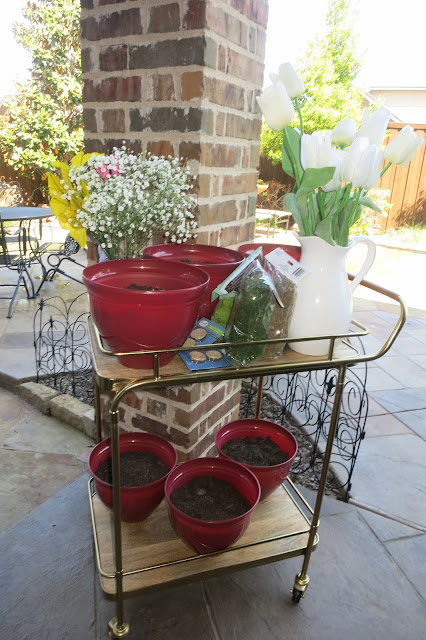 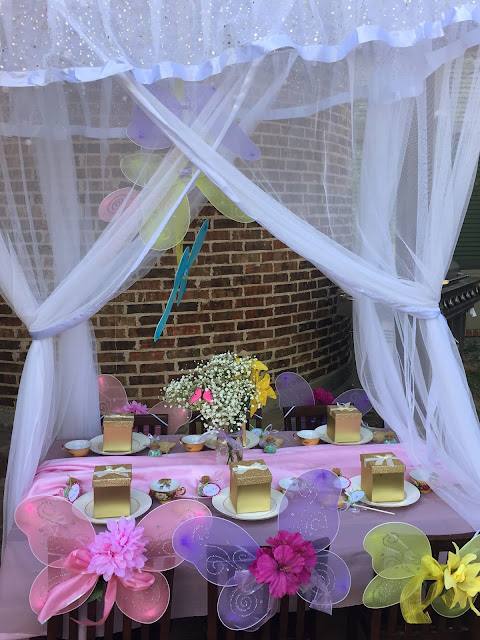 On the menu was iced tea or pink lemonade, ham and Swiss cheese pinwheels, fruit, chips, and veggies. I also had my mother in law's famous avgolemono soup, stuffed peppers, and salad available for the moms to enjoy.

Due to strong winds, and the third outdoor party in a row I've had where the winds were 20-30mph, I decided to move the food table inside the house. It wasn't what I had envisioned but at least we avoided any potential disasters. 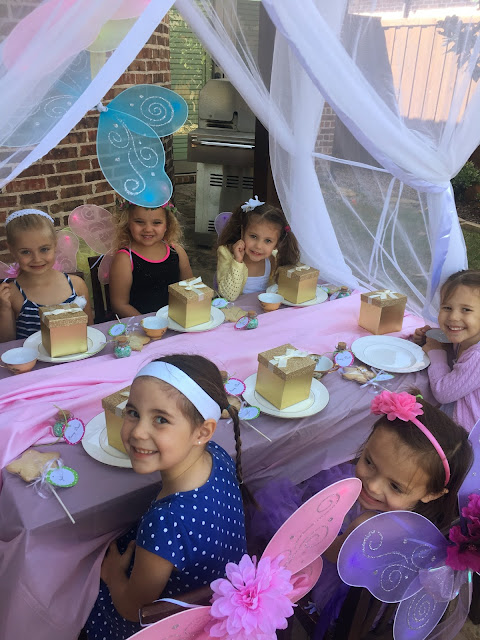 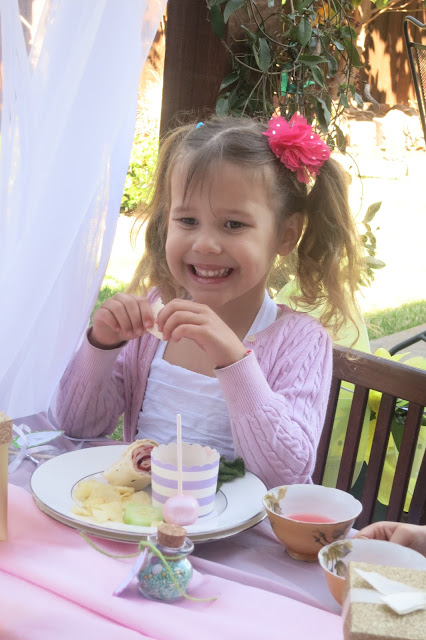 After the tea party it was time to make our fairy gardens! The girls said this was their favorite part. I also found the planters at Dollar Tree and filled them with dirt so the girls just needed to plant their flowers and decorate. 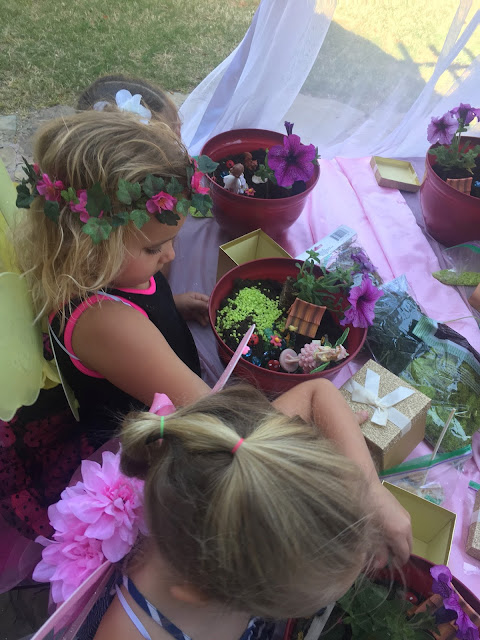 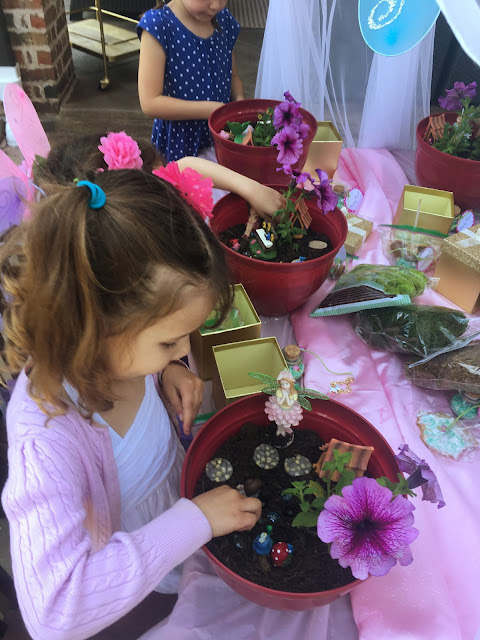 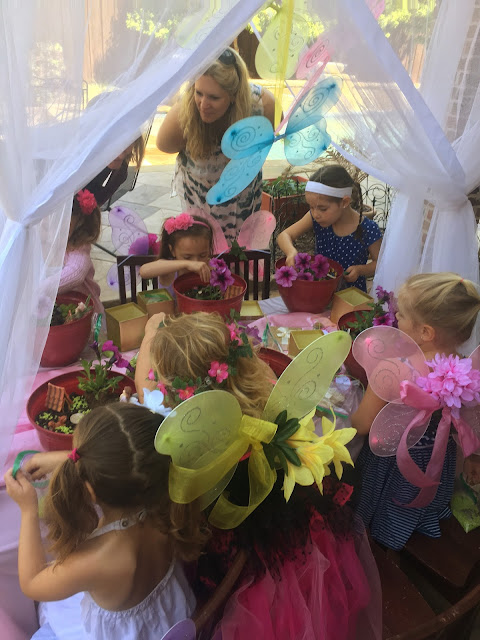 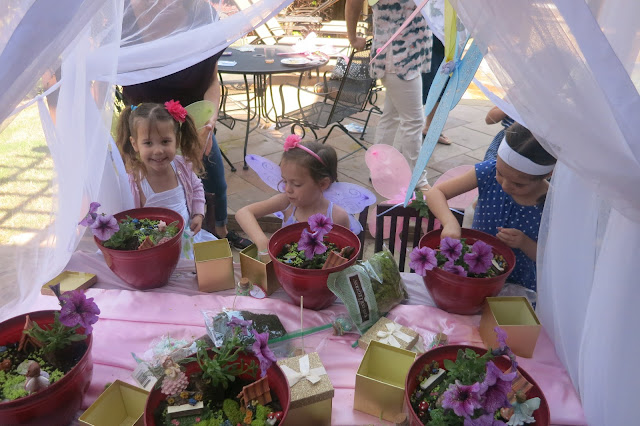 Thank you for stopping by! ❤
For more of my party ideas, home decorating, favorite recipes, twin activities x 2, and all things
"Mrs.Party Planner" please check me out on facebook and "like" the page. New blog posts will appear in your news feed.You can also follow me on www.bloglovin.com, on Instagram and Pinterest