At age two and three my boys loved construction vehicles, click here to see their Construction Birthday Party, and by age four, they were all about airplanes. I know my husband's love for airplanes may have had a little influence on them. After all, one of our favorite activities was getting coffee and blueberry muffins, then heading to our airport's fantastic viewing area to watch the planes land and take off. We did this during the hot summer days and cold winter months. When it came time to plan their 4th Birthday, it was a "no brainer" as to what the theme would be.

I started planning a few months ahead of their late summer birthday because I was pregnant with the girls and knew they would arrive close to that time as well. Both sets of twins actual due dates were one day apart! The other reason I began planning so early was because I knew this would be their last birthday party in town with all our family, friends, and neighbors before we moved out of state the following year. So yes, it was going to be big, in many ways.

My first "big" idea was to have the boys be able to get on an airplane and meet the pilot since they had not been on one yet and they were fascinated with all those buttons and levers in the cockpit.  My husband's best friend happens to be a commercial pilot but he is based out of another state and would be nowhere near our city during that time, and of course with all the airline regulations this idea wasn't looking too promising.

That "big" idea was laid to rest and I began to focus on the location of this party. I knew that I would be very pregnant and possibly on bed rest so I did not want to host this party at our house with the large number of guests we were planning on inviting, When a new business opened with a ton of great inflatables, a large climbing structure, and party room I knew this was going to be the place. I was a little disappointed because I had a ton of great decorating and food ideas for an airplane themed birthday party that I would not be able to do at a business. However, I was also relieved not to be responsible for every single detail. We didn't have much of a choice when it came to the food selections as they do not allow you to bring in food (other than a cake) so pizza, bread sticks, and cake it was.

I did make a birthday banner... 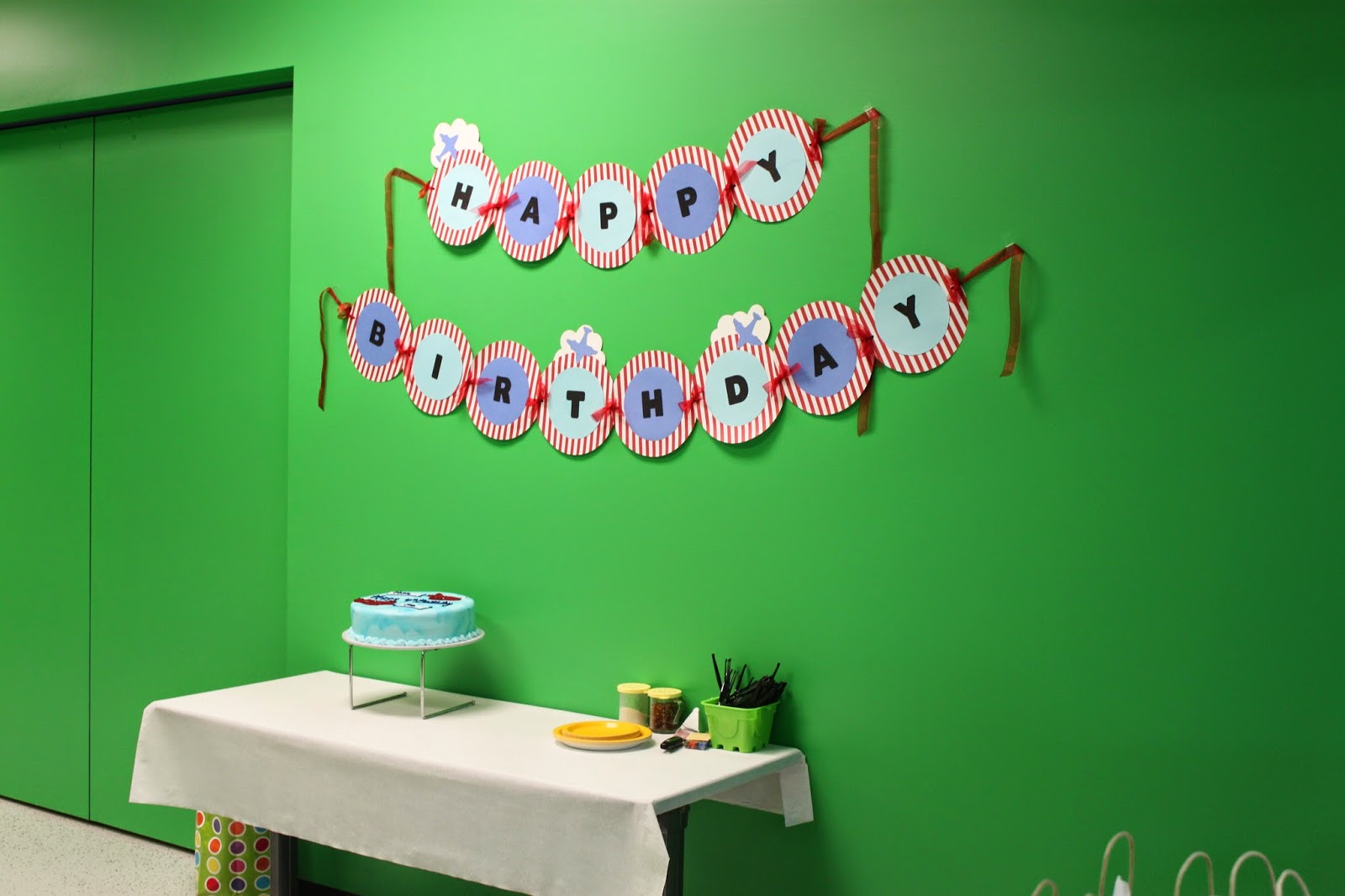 and the gift bags which included: an airplane sucker, airplane fruit snacks (both from Oriental Trading) two small airplanes, and bubbles... 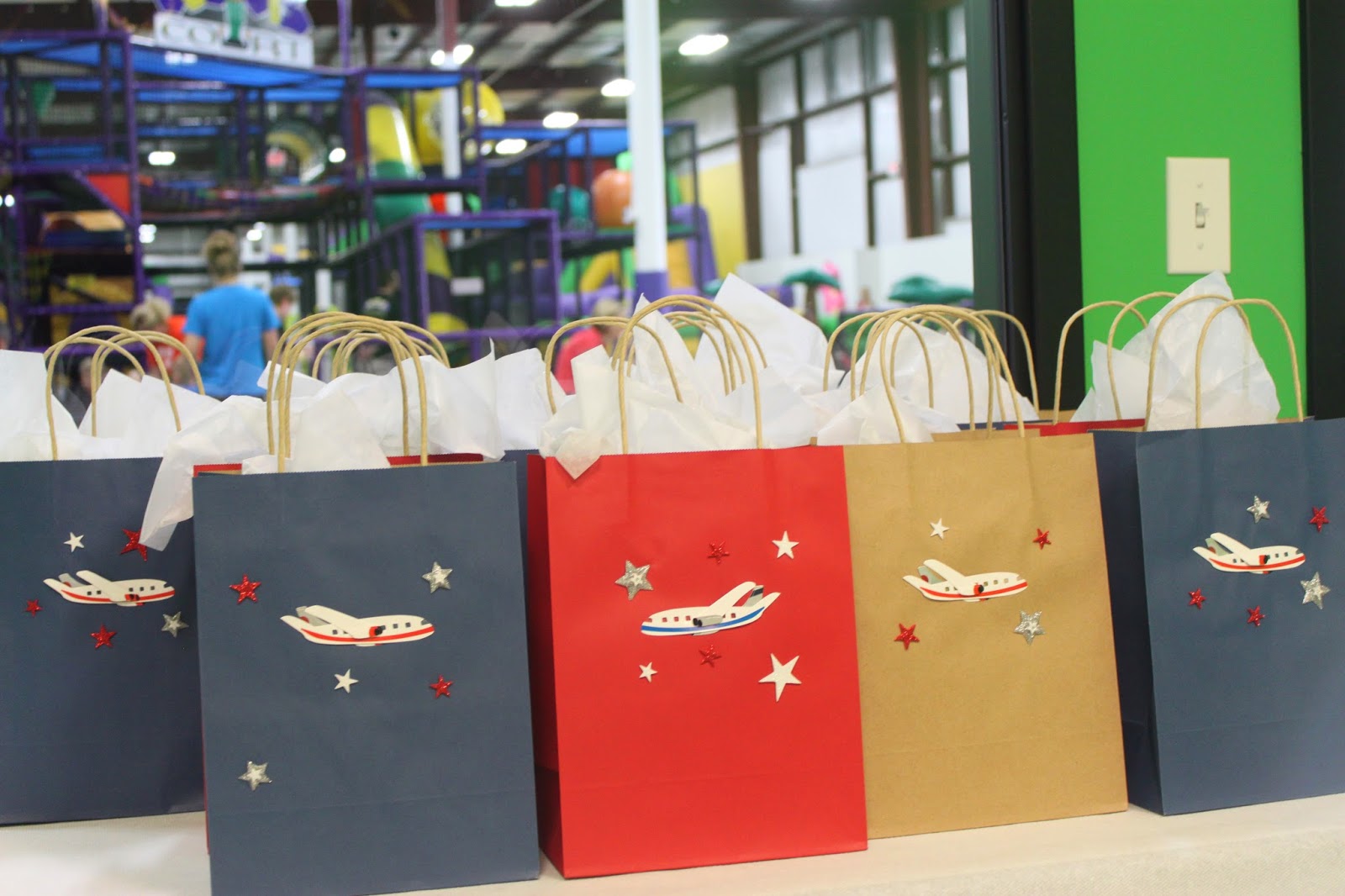 We used a local bakery to make this cake... 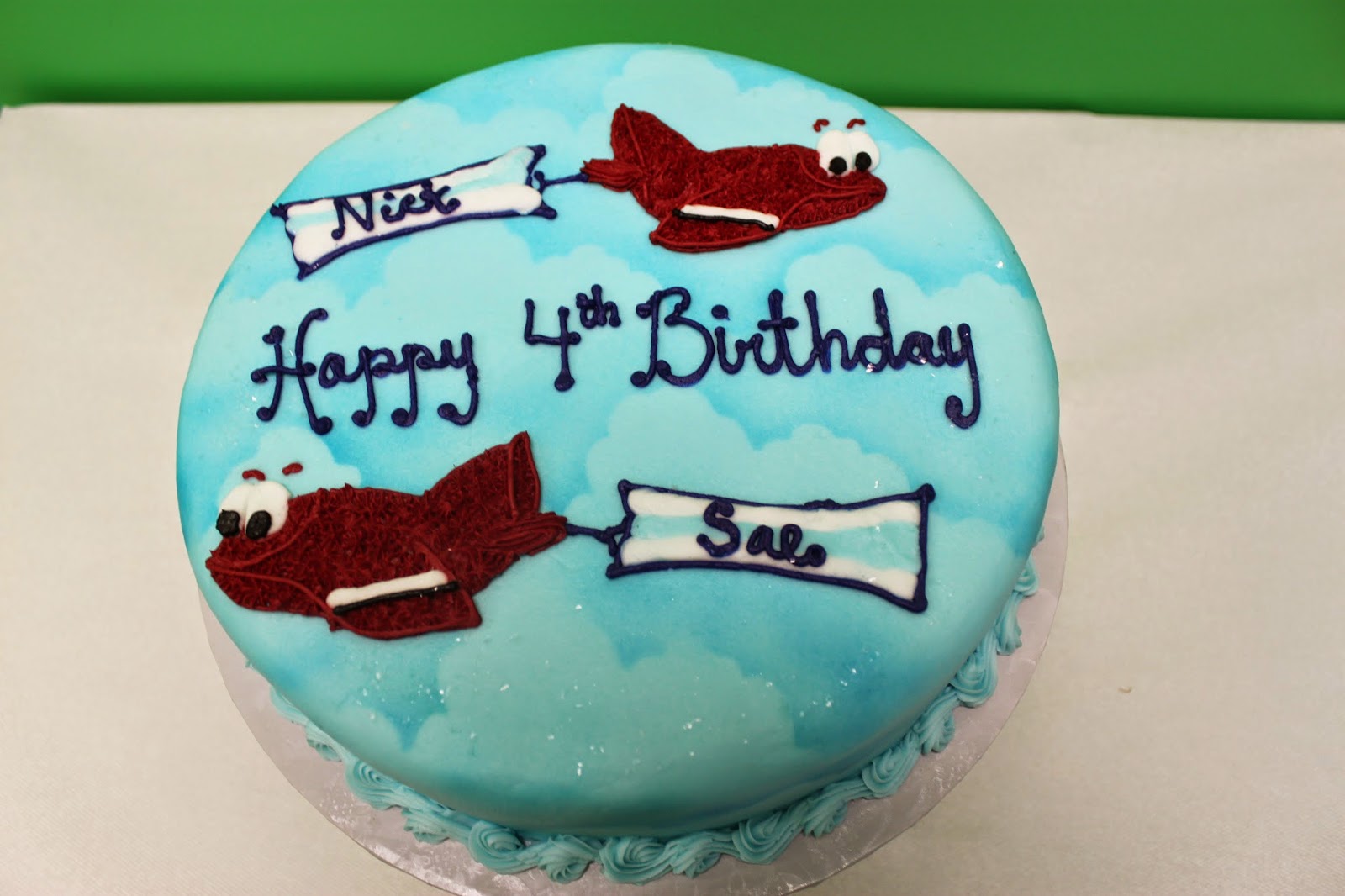 Fortunately, just about everyone we invited was able to come and play. The kids and parents had a great time on the inflatables and the boys made their rounds to greet everyone and play. 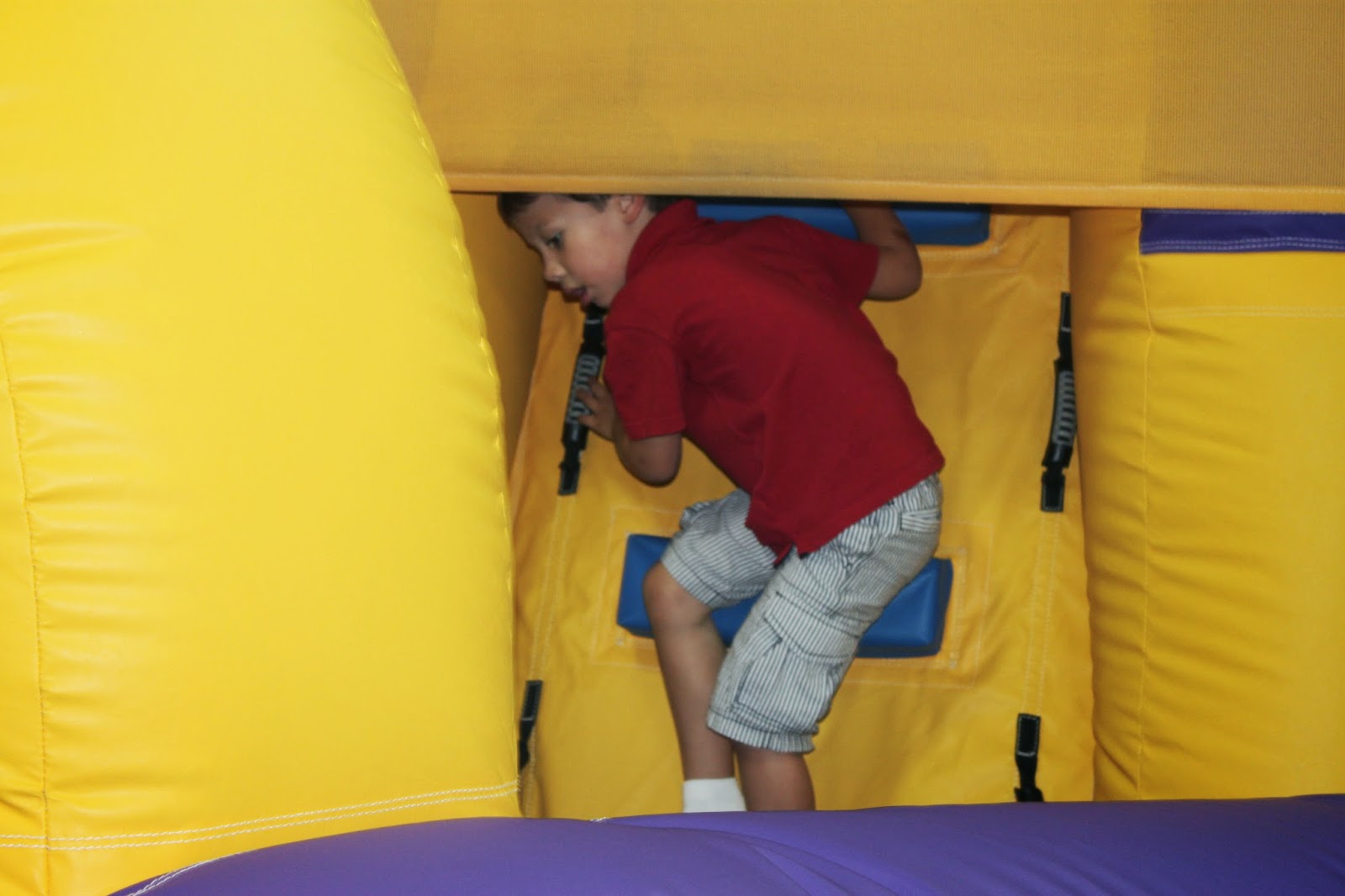 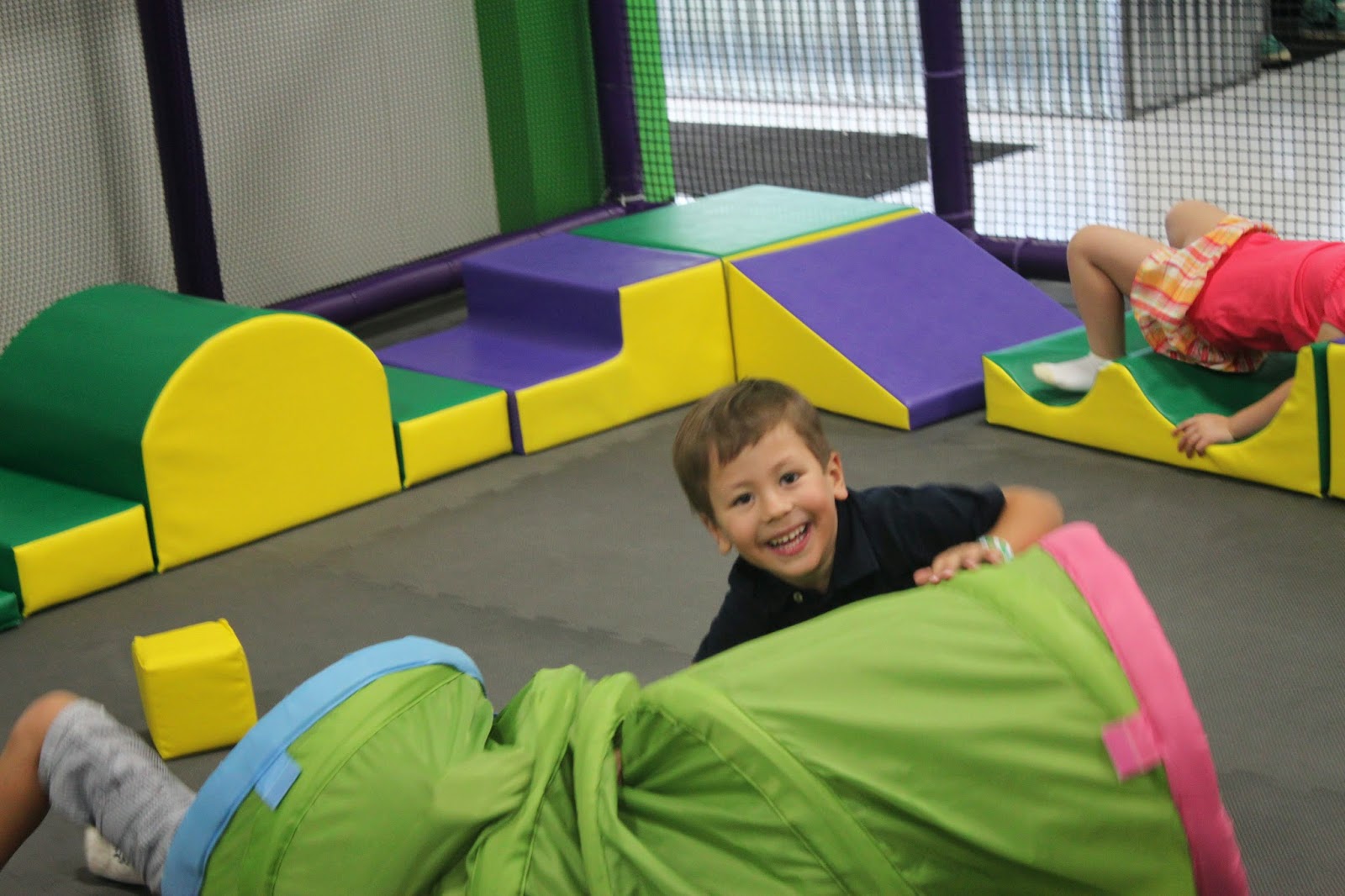 We had a solid hour of play time before lunch, cake, and presents. In all honestly, I always get so involved in the planning and hosting of the few birthday parties we have had for the kids that I almost overlook the fact they are about to receive some generous gifts. And generous gifts they were. The boys had so much fun playing with their friends, eating cake, and of course loved every gift they received. However, the ones that topped their list that year were the bikes, yes, I said bikes that a few of our neighbors got them! I had no idea they had done this and was just as surprised as the boys were! The boys were very excited to say the least. 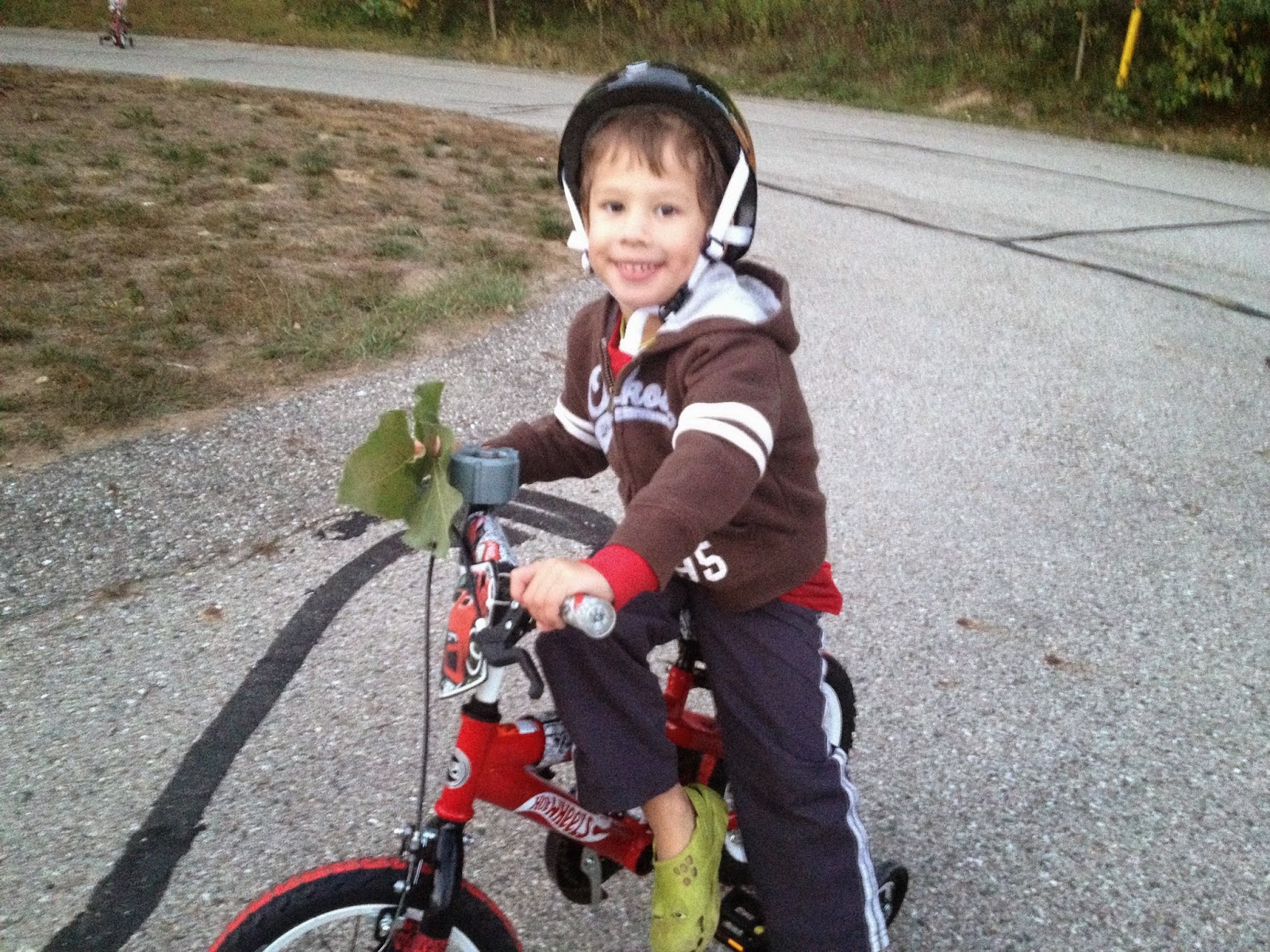 While our neighbors at "the Hills" did get the boys some amazing birthday gifts, that's not what made living there a wonderful five years. When I eventually did need to rest on the couch the last couple weeks of pregnancy, they helped out by watching the boys play outside, and again when we first brought the girls home. They brought over delicious dinners and precious baby gifts. We had girl's night outs and instant evening "play dates" for the kids and moms since the whole street consisted of kids the same age. You could count on them for anything, whether it was a helpful driveway plow during the winter when your husband was on a work trip, a much needed last minute baby outfit for pictures, or an egg for the dinner that was already underway. We are so blessed to have lived in such an awesome neighborhood with neighbors that I could also call friends.


And, not only did these two little cuties have an amazing birthday party at the bounce house with all their friends but the next day we had a"family only party" for the three birthday kids (the boys and their cousin who is exactly two years younger)! My husband grilled out, my parents who did not attend the previous party gave the grand kids their presents, we had cake, and let off the traditional Chinese wish lanterns on our front lawn to conclude the big, fun-filled birthday weekend!

Not only was it a fantastic end of the summer, but two short weeks later we welcomed our beautiful twin girls into the world!! 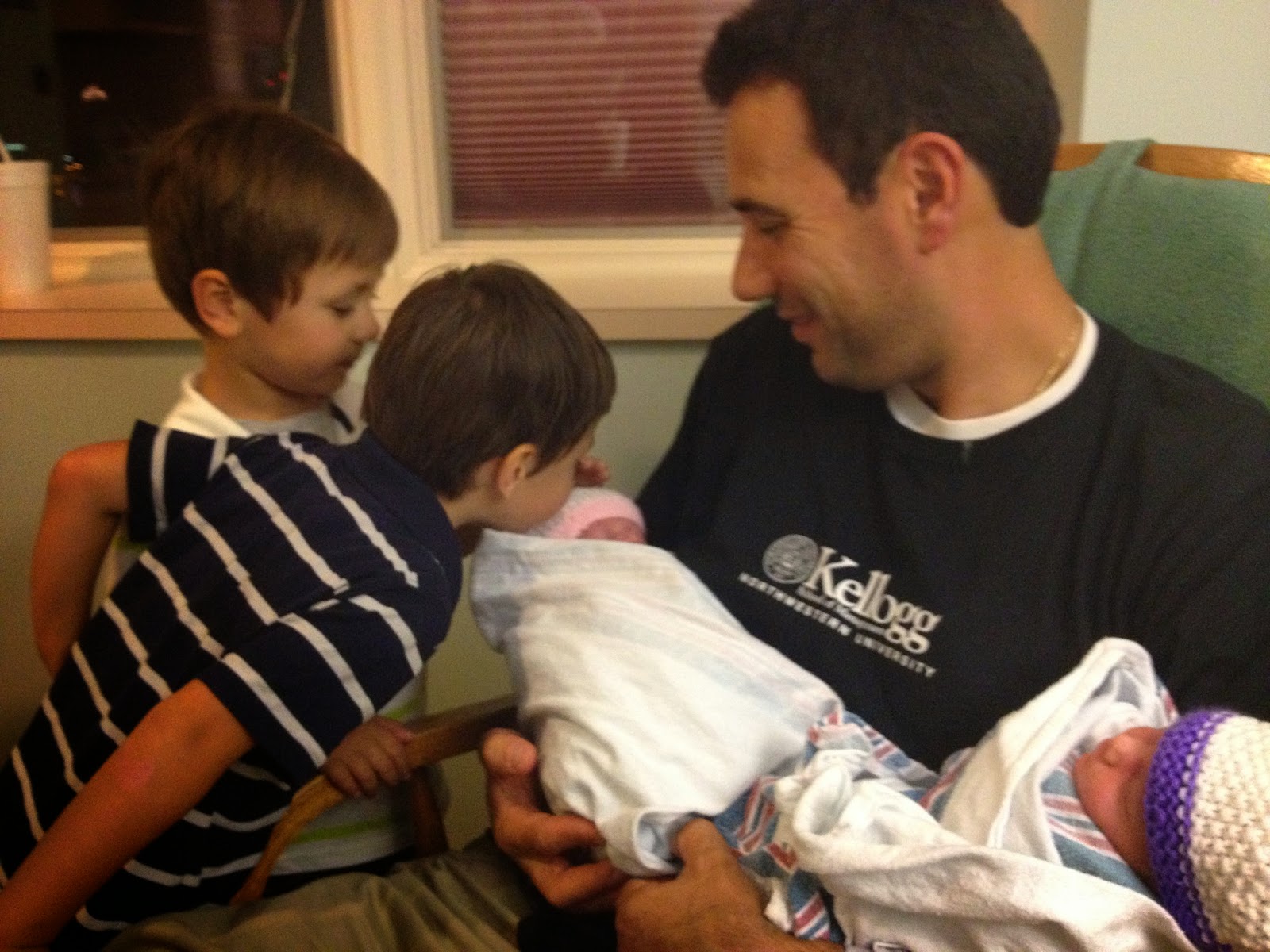 To see more of my party ideas, home decorating, favorite recipes, twin activities x 2, and all things "Mrs.Party Planner" please check me out on facebook and "like" the page. New blog posts will appear in your news feed.