At least once a week I try to do a fun learning activity with the kids whether it's doing a few pages in their Kindergarten workbooks or making a fun science experiment in the kitchen. Last week we did the celery stalks in food coloring and water experiment. They set it up and made predictions as to what would happen. The next morning they awoke to colored celery leaves and we had a discussion on how it happened.

Today I dug out the plastic Easter eggs and wrote an uppercase letter on one side and the matching lower case letter on the other. This is not my original idea (I actually saw it on Pinterest awhile back) and as one of my five year olds' pointed out, he has these in his Pre-K class with numbers on them. What a great idea! Since I had 36 eggs, I decided to use the remaining for numbers. 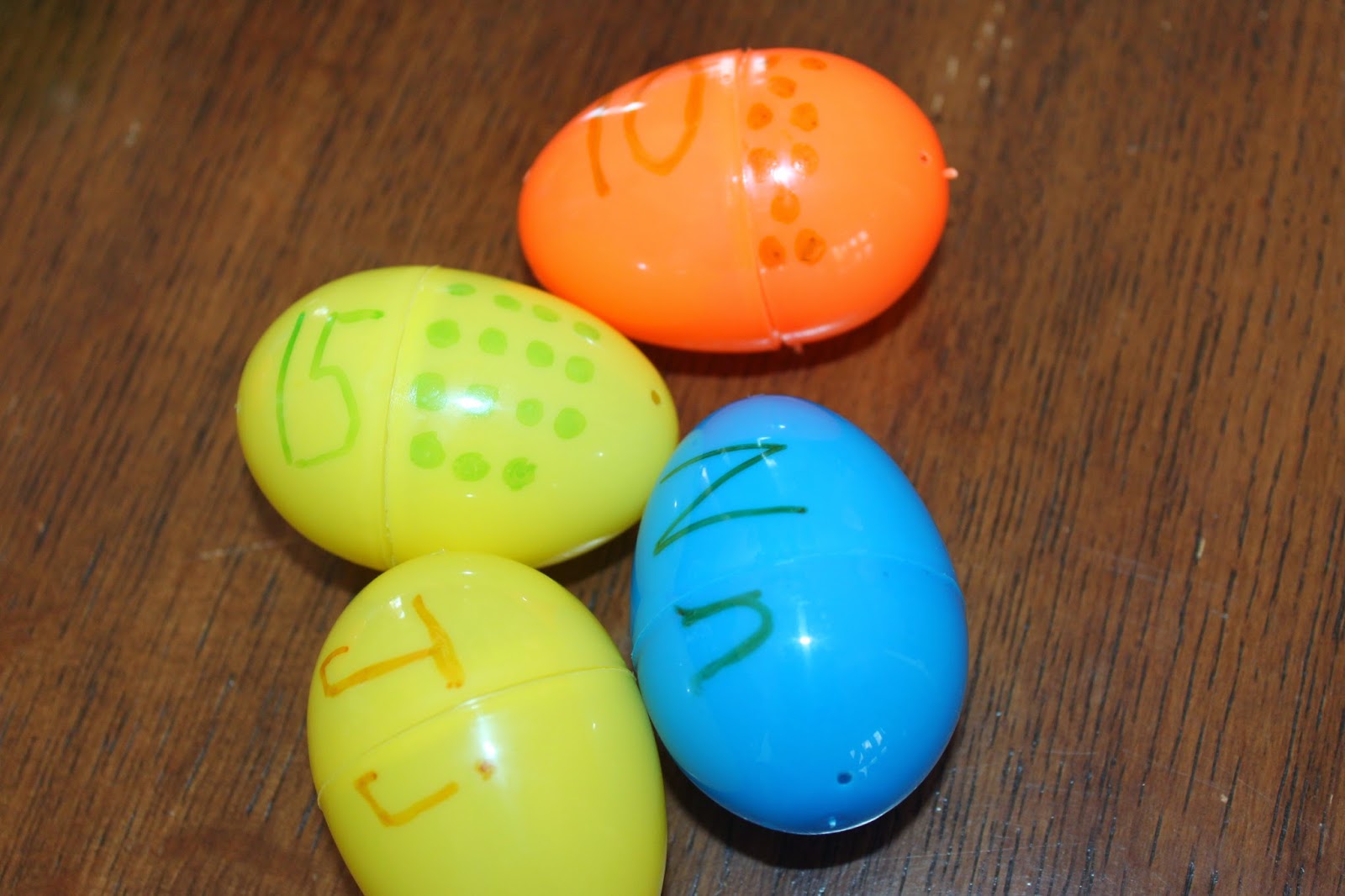 Then I simply took the eggs apart and put them all in a bag for them to get busy and find the matches. 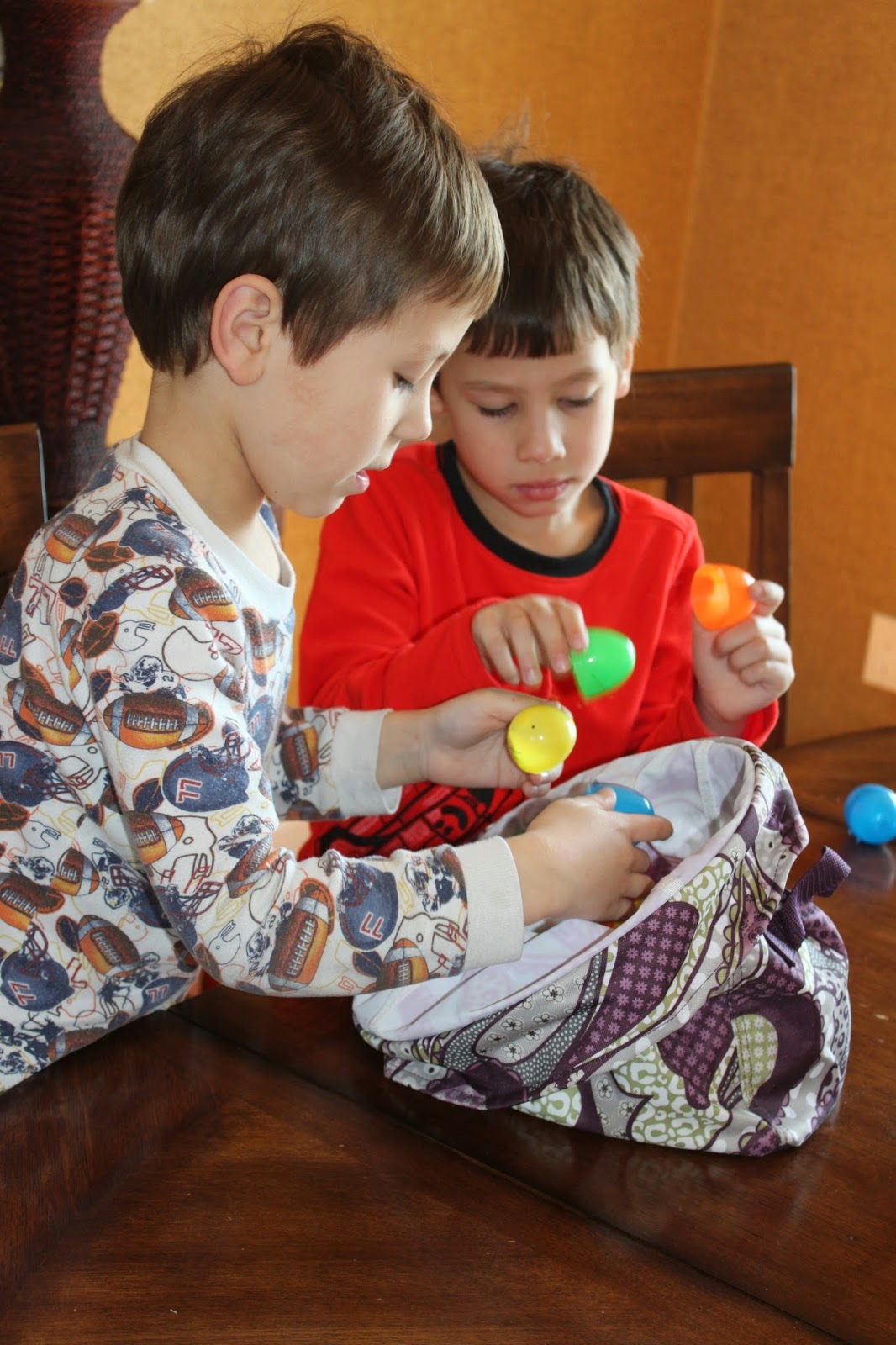 They had a lot of fun doing this and breezed through the letters and numbers so next time I am going to make these with some simple sight words.
Also, my intent was not to have this as a competition, however, one of my guys thought otherwise and was a little miffed that his brother had more. I told them after school we would do it again individually, but when I picked them up from school S's teacher told me she heard all about this activity and they did a little work on some of the letters and numbers so he was ready for a rematch!

And because I can't leave out the girls, once the boys went to school we did a practice egg hunt in the house and worked on learning colors with the eggs.